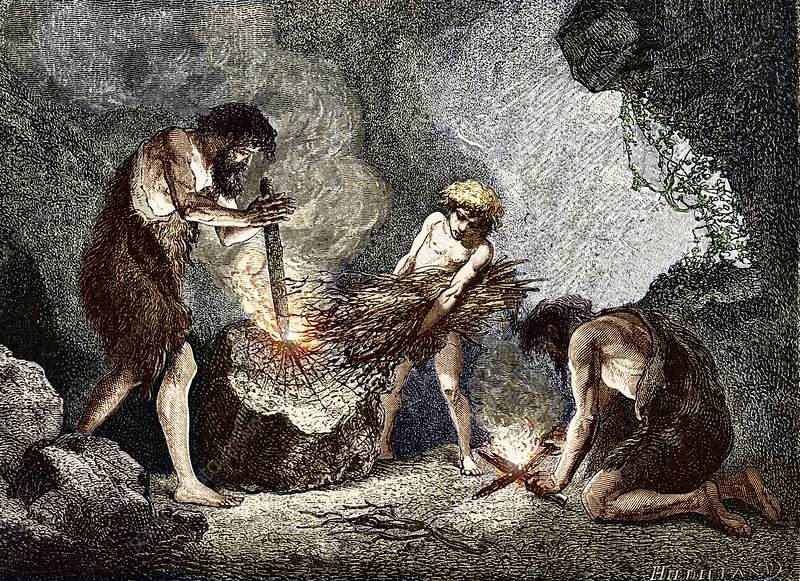 Early humans making fire. Coloured artwork of two methods of making fire being used by early humans. The first method (left) involves rotating the pointed end of a stick in a dry piece of wood. The other method (right) involves rubbing two pieces of dry wood together. There is evidence for the controlled use of fire over one million years ago. Such use of fire allowed humans to keep warm, cook food, and scare away predators, as well as allowing new technologies such as metal-working. Original artwork published in ^IPrimitive Man^i (Louis Figuier, 1870).